It goes without saying that the aging process affects everyone’s physical appearance differently— some reach their 60s without much gray hair; some wrinkle sooner than others. That’s true with mental aging, too, and now, researchers are studying a group of older people whose brains are high-functioning and show little signs of age.

They’re called the Super-Agers— high-performing persons in their 80s, 90s and 100s who have mental capacities of persons much younger than their peers. They are so different from average-performing, similarly aged people, that they have prompted numerous studies.

A longitudinal study of Northwestern University’s Super- Aging Project looked at the appearance of the Super-Agers’ brains. Led by principal investigator Changiz Geula, M.D., the study took Magnetic Resonance Imaging scans (MRIs) of 48 octogenarians’ brains and compared the MRIs to the brain scans of 50- to 60-year-olds and average 80-year-olds.

In a recent interview with Emily Rogalski, Ph.D., Research Assistant Professor at Northwestern and the study’s co-investigator, she elaborated, “We found that the brains of the Super-Agers were exactly identical or better than  the brains of 50- to 60-year-olds and average 80-year-olds. Specifically, we found that the Super-Agers’ brains had a much thicker left anterior cingulated cortex than both comparison groups.” The anterior cingulated cortex is known for its role in error detection, attention and motivation, although its role in the brains of Super-Agers has not yet been fully explored. Rogalski noted the Super-Agers had aged physically at a normal rate, but their brains were youthful in appearance.

The methodology of the study was novel. “We studied the aging brain  in a completely different way,” Rogalski said. “The whole idea was to look at the opposite side of dementia—to see what was going on in elderly brains that made them function extremely well. We wanted to gain insight about the older high-performing brains so we could eventually understand the disease of dementia, and hopefully cure it.” In other words, instead of studying dementia, or what goes wrong in brains, the researchers wanted to study what goes right in brains as people age.

Volunteers were submitted to tests that included neuropsychiatric testing, imaging, medical history, psychosocial history, education and personality. Those who performed in the upper tier of cognitive ability were chosen. Simply put, all had to be over 80, be able to think well and have a good memory. The participants agreed to be in the study for the long haul. Many of them agreed to donate their brain to the project upon their death.

Rogalski admits that the members of the study could not have been more different. Some were smokers and heavy drinkers; one was a Holocaust survivor; another a cancer survivor. Some were academics; others were uneducated. The study reported that “at least superficially, they appear to be nothing like one another beyond possessing the memory of an individual two or three decades younger.”

Rogalski states anecdotally, “In fact, it was not always the case that the most active people had the most highly functioning brains. Some of the subjects were very sedentary.”Rogalski said that, though high functioning abilities had long been thought to have genetic roots, one purpose of the study was to investigate the epigenetics (study of the heritable changes in genes from other causes) of the aging process of the brain. “Besides their DNA,” she said, “we are interested in how their environment could affect brain aging.”

The study, now in its sixth year, could lead to drug discoveries that might slow the brain’s aging process. The next step for the Northwestern study will be to compare the connectivity between brain regions in Super-Agers and control subjects. A published article with the project’s latest findings is due to be released in late fall.

What are the implications for society? Madelyn Iris, Ph.D., Director of CJE’s Leonard Schanfield Research Institute and Adjunct Associate Professor of Preventive Medicine at Northwestern’s School of Medicine emphasizes: “Studies like these remind us once again of the amazing diversity of experience, lifestyles and personal history to be found when working with any group of older adults.” Iris challenges us all: “Researchers, policy makers and society as a whole have to be responsive to this diversity and make sure that our programs and policies never neglect anyone, whether a Super-Ager or an assisted living resident.” 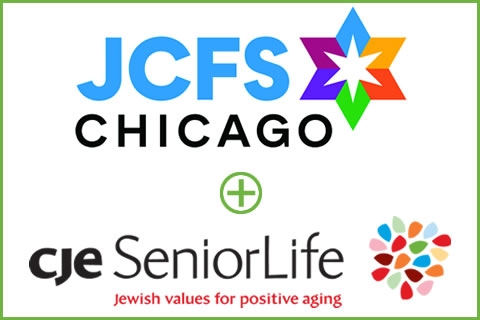 Learn about many areas of service and collaboration where JCFS and CJE SeniorLife overlap. 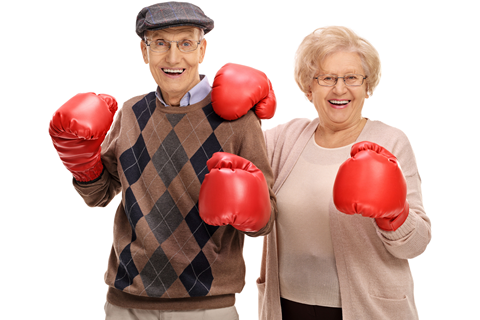 For the Health of It!

Discover For the Health of It!—the first installment of a quarterly column by Dr. Danilovich—exploring the frailty syndrome in older adults. 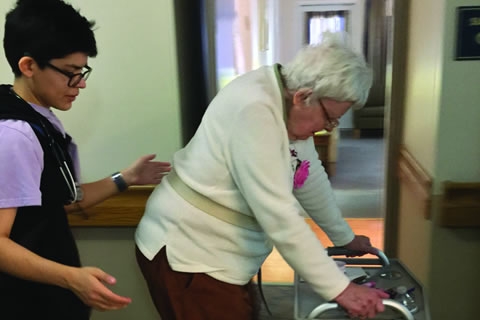 Learn how to apply findings of a research study to real life in our “Research Snapshot”. 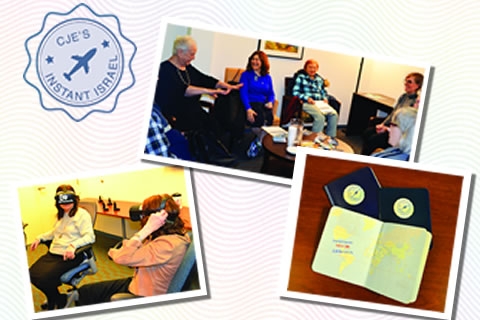 Get updated on all the developments and benefits of Instant Israel Project offering virtual reality tours at Bernard Horwich Center and elsewhere.