Never Heard – Never Forget was published by CJE’s Holocaust Community Services (HCS) in partnership with the Illinois Holocaust Museum and Education Center (IHMEC) in Skokie and Reklama Media Group, a local Russian news organization. The book features, in English and Russian, the heartbreaking and courageous stories of victims and survivors of the Holocaust in the former Soviet Union (FSU). It was recently presented at the Illinois Holocaust Museum during a commemoration of the Holocaust in the former Soviet Union which honors victims and survivors and, each fall, marks the massacre of more than 33,000 Jews that took place between Rosh Hashanah and Yom Kippur in 1941 at Babiy Yar, a ravine on the outskirts of Kiev. A chapter of the book is devoted solely to the stories of this and other sites of mass killing—one of tens of thousands of “yars” where the “Holocaust by bullets” took place. 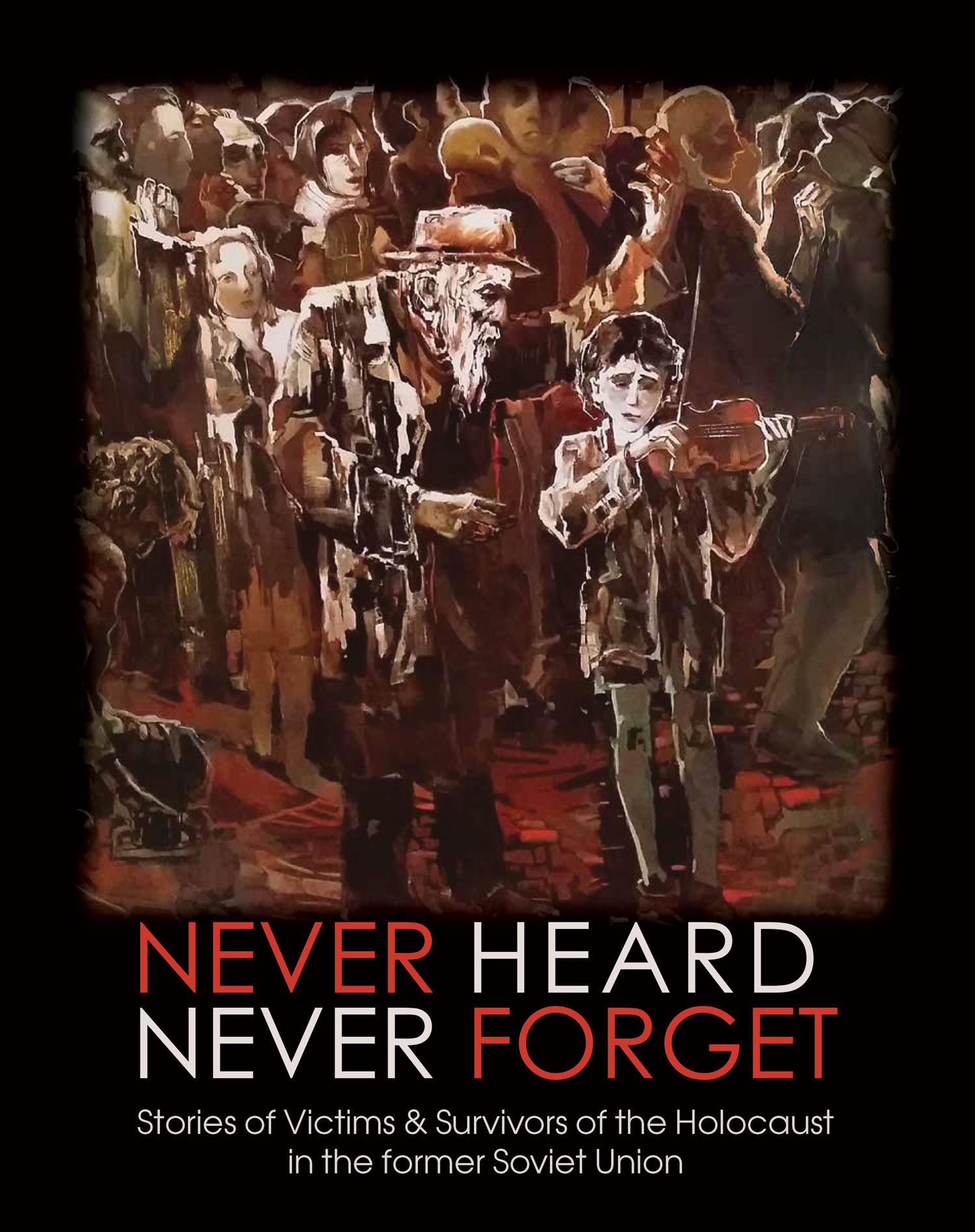 Maya Gumirov, HCS Russian Survivor Coordinator and one of the new book’s project leaders, explained the history of the publication. Reklama had long published stories of survivors when they surfaced; however, the medium of newsprint seemed too temporary and fragile. So Reklama’s Editor Faina Kravchenko, with the help of volunteers and a local survivor organization called “Evidence of the Holocaust,” collected stories of local survivors and their loved ones and, in 2010, published a first slender volume called Never Forget. Then more stories came to them, and they published a second edition. These two volumes were handed out at events and very few, if any, exist now. While the volumes were uniquely bilingual, making these stories more accessible to both Russian and English speakers, the distribution to the Englishspeaking community was rare.

Dr. Yonit Hoffman, Director of HCS, recalls that, “whenever I presented to the community about our survivors, I would bring one of the few remaining books, and I was asked where they could be purchased. It was an enormously helpful tool for sharing these lesser known Holocaust experiences, but it was out of print.”

As it became evident that there were more and more stories of victims and survivors to tell, it was decided that a third book should be published—with HCS, Reklama and IHMEC joining forces, and with the intention that all book proceeds would be used by the three organizations to assist in their support of survivors and their preservation of the Soviet Holocaust story.

As HCS staff recruited “new” storytellers, survivors would write down their remembrances on pieces of paper and sometimes attach old pictures. If they were unable to write, they dictated their story to a volunteer scribe. One staff member recalled that a client mentioned his experiences in passing, and, having never recorded them, was asked to write his story. Agreeing to do so, he astounded her by presenting over 20 pages of detailed testimony. In all, there are 122 survivor and victim stories in this book, 50 reprinted and expanded from the previous volumes, and 72 which have never before been published.

The book, large format with full-color, glossy front and back covers, features not only stories, but an abundance of archival photographs showing what life was like before the Holocaust. Some are of entire families dressed in their finest. Others are marriage portraits. Single images compel the reader to know more. A young girl poses with a violin. A woman sits poised to write a letter. Poignant photos illuminate a horrific history—a large group sitting on the ground in a ghetto, another of a man in the iconic striped uniform. Faded and creased historical documents are interspersed among the images and text; documents certifying death, identification, transports, and personal letters (some from the battlefield) and official letters informing of a person’s whereabouts.

The book is also anchored by dramatic illustrations. One of the artists, Mikhail Turovsky, whose art is prominently featured on the cover (the image accompanying this article) and each chapter heading, is himself a survivor. His work hangs in the United Nations and is exhibited in museums all over the world, including the Art Institute of Chicago, museums in New York, and Yad Vashem in Jerusalem.

But the remarkable stories are the core and heart of the book. David Chernyahovskly, shown here with his wife and grandson autographing the book, wrote a story about his parents, who were both killed in Babiy Yar. When he was 17 years old, David left Kiev for military school and thus evaded the massacre. When he later took a leave to see his family in Kiev, he started asking neighbors what had happened to his family and he was told his parents went to Babiy Yar. He was given a pre-war picture of his parents (at right) that was saved by one of his neighbors. 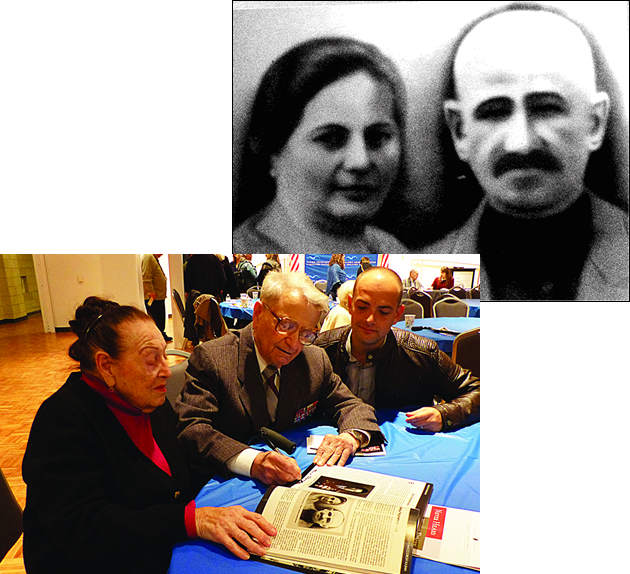 The contemporary photo is special because it shows the generations that survive David. Says Gumirov, “We are trying to not only collect stories and make them public but also share stories with younger people. But it’s very difficult because younger generations are not as connected to this history—they may not even know the questions to ask or how to ask them.” She notes with optimism that all 8th graders in Illinois public schools who receive state-mandated Holocaust education will now have lessons which include the FSU experiences. Never Heard – Never Forget will be included in the IHMEC’s “teaching trunk” to educate teachers and students in Illinois about the breadth of experiences.

This important book can serve as both an awarenessraiser and a fund-raiser. HCS currently provides monthly assistance and supportive services to over 1,000 local Survivors to help with their essential needs and well-being, and even more continue to call for help as they age, decline in health and endure the repercussions of their early trauma. Proceeds from the book sales will help HCS, the Illinois Holocaust Museum and Education Center and Reklama Media Group to continue their efforts to sustain the living and honor the legacy of their resilience and survival. 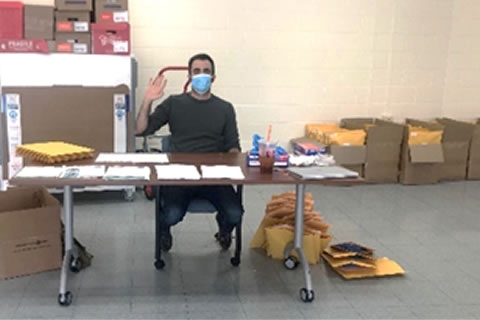 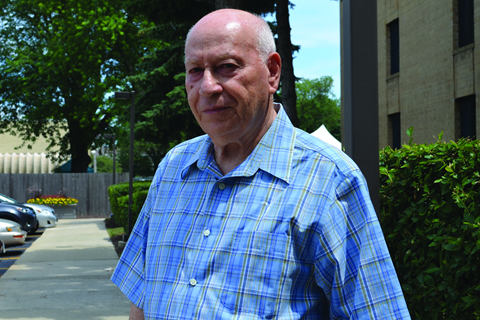 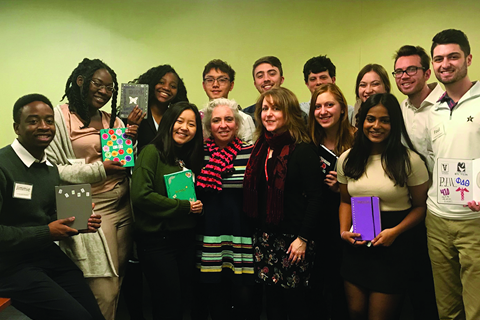 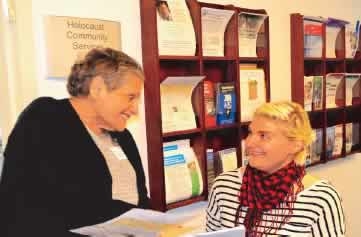