The quintessential volunteer, repairing the world with a big smile, a huge heart...and a bissel of soup.

When Leonard Sherman is asked about his late wife Diane, who passed away in 2011, his voice softens as he speaks of her endearing and far-reaching kindness during their 64 years of marriage. Their love for each other shines brightly throughout the conversation, but for the Shermans, their love for the Jewish people has also been a beacon of light. This year, to commemorate his wife’s heartfelt commitment to enhancing the lives of the Jewish elderly, Mr. Sherman made a generous gift in perpetuity to CJE SeniorLife.

Diane Sherman (left) came from a family that knew the meaning of helping others. It was in her DNA. Like her father and mother, she began working with the
elderly at BMZ—Jewish Home for the Aged, which merged with CJE in 1971. By 1979, Diane had earned CJE’s Outstanding Volunteer of the Year award for her loving assistance at CJE’s Shabbat Luncheon program and the annual community seder at Temple Emanuel, where she cooked and served warm meals to hundreds of Jews, many from the Former Soviet Union. After lunch, she devoted extra time teaching English to the Russian-speaking participants so they could better navigate American grocery stores. Diane was a tireless, dedicated volunteer. At the Devon-Sheridan building, elderly women packed into the community room to attend her cooking classes where she demonstrated simple, healthy recipes that could be easily prepared in a small apartment. For Diane, sharing the pleasure of food was an effortless way to break the language barrier. But it was mostly her smile that spoke a thousand words—in any language—about how much she enjoyed “giving back” to those who needed a helping hand.

When Diane received the prestigious Leonard Schanfield Award in 1994, CJE Board member Barbara Gilbert noted, “Diane Sherman shouldn’t be getting a crystal award today. She should be getting a 14-carat gold mixing spoon and diamond encrusted spatula. Diane Sherman likes to be behind the scenes, usually in the kitchen, quietly and cheerfully working and organizing. It’s what she loves.”

According to Mr. Sherman, his wife was not motivated by plaques, awards, accolades or committee appointments.

Rather, her primary goal was to “extend a helping hand to our fellow Jews.” And with a laugh, Mr. Sherman added that Diane would push him to open his wallet just a little bit wider. As a devoted husband, he always took her lead.

Mr. and Mrs. Sherman, together, have “walked the talk” evidenced by their commitment to tzedakah, helping to support Jews of all ages in Chicago, Israel and around the globe. With pride, Mr. Sherman notes that their most important legacy has been to pass on the special sense of giving to their two children, David Sherman and Mimi Sherman Timins, and eight grandchildren.

Mr. Sherman’s contribution to CJE, on behalf of his wife, will be used to develop programs and events that enrich the lives of seniors in our community. We are most grateful to Mr. Sherman for this amazing gift, a loving testament to Diane Sherman, who will be remembered forever as the quintessential volunteer, repairing the world with a big smile, a huge heart... and a bissel of soup.

Leonard Sherman, who fought for Israel’s statehood in 1948, is a philanthropist with a steadfast commitment to serve Jews around the world. He is a former vice president of the Board at JUF/Jewish Federation of Metropolitan Chicago, its 1975 Annual Campaign Chairman, and received the 46th annual Julius Rosenwald Memorial Award in 2008, the Federation’s highest honor. 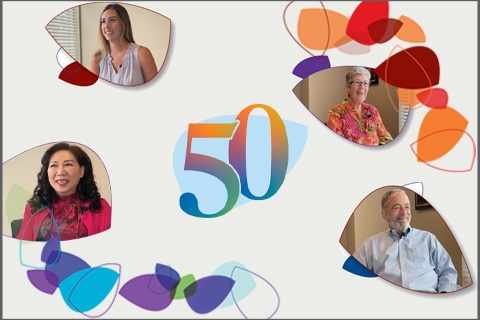 Take a look at the videos capturing volunteers' unique perspectives as they share why they enjoy volunteering for CJE and how the older adults and other volunteers they’ve met have impacted them. CJE volunteers are making a difference to older adults in our community every day—and we’re so thankful they’ve shared their experiences with us! 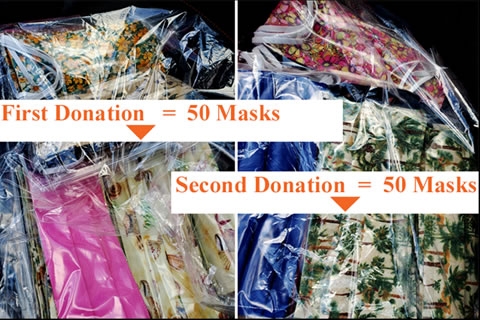 The 100 masks shown here are just the tip of the iceberg—a fraction of the masks that  CJE volunteer Mary S. ultimately donated to CJE. Marla Goldberg, CJE Volunteer Coordinator, coordinated a “contact-free” pickup from Mary, who planned to provide more masks at our housing facilities as well!

We all send a huge “THANK YOU” to Mary! 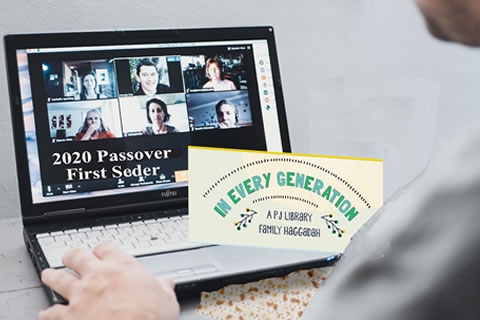 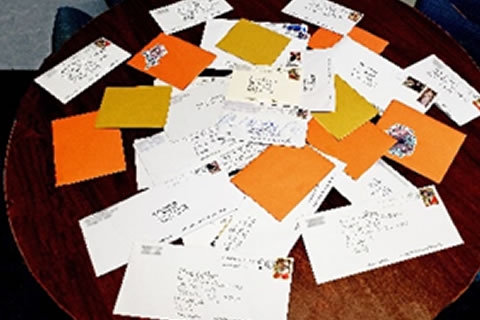 A Tale of Tons of Mailings

Two dozen letters were delivered to Lieberman Center, and Iris, Life Enrichment staff member, acknowledged them with: “Thank you for sending the letters ... They were well received at this end … Some residents held on to the letters and other letters were sent to multiple floors. These letters were the best I ever read. They were personal and honest, funny, and heartwarming.”