CJE SeniorLife values each of its over 300 full- and part-time workers from diverse backgrounds as well as the more than 20,000 diverse older adults and their families that we help annually.

In doing this we recognize that everyone plays an important part in making up who CJE SeniorLife is. Rooted in Jewish communal values, CJE’s mission is to enhance quality of life and facilitate independence of older adults through our own values: Respect, Advocacy, Compassion, Intention, Innovation and Accountability.

National Hispanic Heritage month is celebrated annually in the United States from September 15 to October 15.

Its start date, September 15, marks the anniversary of the Cry of Dolores, a watershed moment in Mexican history in which priest Miguel Hidalgo y Costilla gave the call to arms and sparked the Mexican War of Independence, which would eventually lead to the liberation of Mexico, Guatemala, El Salvador, Nicaragua, Costa Rica, and Honduras from Spanish colonial rule. The observation began in 1968 as Hispanic Heritage week under President Lyndon Johnson and was expanded in 1988 by President Ronald Regan. It was enacted into law On August 17, 1988.

Today, National Hispanic Heritage month celebrates and recognizes the achievements and contributions of Hispanic Americans who have inspired others to achieve success. It is also a time across the United States that celebrates the histories, cultures, and contributions of those Americans who came from Spain, Mexico, the Caribbean, and Central and South America. That said, there is an underrepresentation of Black and Indigenous Latino voices, whose history includes deep resistance to the Spanish invasion and are not necessarily tied to Spain. Therefore, recent popularity of the word Latinx presents another alternative to the contentious Hispanic label that proppants say also offers gender inclusivity and diversity. However, going beyond the dispute of what name to call the month-long celebration; there is another concern that by making the celebration more commercially viable, the stories of oppression, prejudice, and injustice have been whitewashed or ignored. The celebration tends to focus on musical contributions, dancing, or other artforms and neglects to reflect on painful events such as the 1910 lynchings in south Texas, the Zoot Suit Riots, the segregation of Mexican kids in schools, or the Chicano-led school walkouts of the 1960’s that changed higher education for Latino students. The U.S. education system does not provide a thorough history on this subject, which leaves National Hispanic Heritage month as one of the few opportunities to share it. When shared in a thoughtful way, even these stories can ultimately be uplifting because through these struggles the Hispanic/Latino communities have been able to achieve more social justice.

To truly honor CJE’s values of respect, accountability, and advocacy, it is imperative to educate ourselves. This means intentionally seeking out Black and Indigenous voices and engage with the efforts that work to combat erasure, challenge structural racism and prejudice, and educate both within and outside the Latinx communities. Latin America is vast, heterogenous, multi-racial, multi-ethnic, and multilingual, unified by geography and a shared history of surviving a brutal colonization that continues to this day.

As Hispanic Heritage month comes to a close, please take the time to seek out Latinx voices, and learn about the culture, history, and struggles they have experienced both within the United States and abroad.

September 17 is Constitution and Citizenship Day

May is Asian American and Pacific Islander heritage month

In recognition of the International Day of Remembrance for the victims of slavery and the transatlantic slave trade. 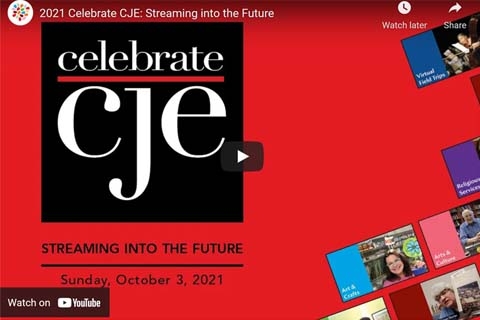 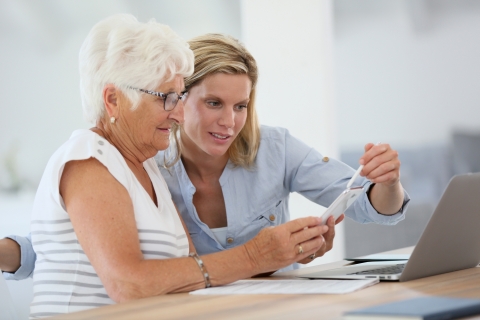 Our Mission and Values

We continue to advance our knowledge and strive to develop, evaluate and implement new and advanced programming and models of care. 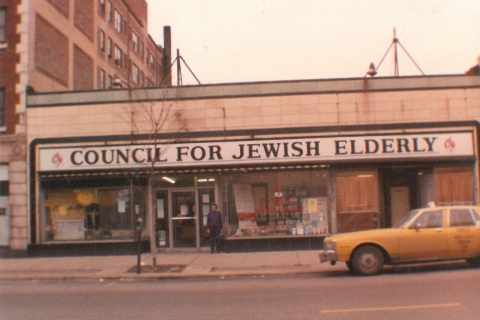 Every year, since its inception in 1972, CJE has brought more innovative community-based services into the Chicago area than other provider of eldercare services.

CJE strives to help 20,000 older adults lead healthy and independent lives.
Your contribution will allow us to do so for many years to come.

Learn about ways to give to CJE or consider making an impact by volunteering.

*CJE now accepts cars, real estate and other assets (must be approved) through our website!